ACMV started tripping through electronically enhanced psychedelic pop music last week with very early electronic music by Tom Dissevelt & Kid Baltan, Raymond Scott and Joe Meek’s Tornados. We continue with music from the beginning of the psychedelic era from 1966 and 1967. I decided to include obvious representatives like the Beatles, the Rolling Stones and Pink Floyd because their influences were just too big to be ignored even though it might be boring for connoisseurs. There were still not so many people in 1966 and 67 who actually could afford the to that time very expensive electronic equipment, but starting 1969/70 the scene had become more diverse.

The 19-year-old producer of the Beatles “Revolver” album, Geoff Emerick, experimented with revolving speakers, developed a new form of “double tracking” (“…taking the signal from the playback and recording heads of one tape machine and delaying it slightly through a second tape machine…”, from Wikipedia) and used backwards guitar solos and cymbals to satisfy the extraordinary needs of the Beatles in their most experimental phase of their career. Paul McCartney prerecorded tape loops at home after listening to Stockhausen’s “Gesang der Jünglinge“, which Emerick arranged into a complex overdubbing of various continuous loops creating a saturating effect similar to techniques used in “Musique concrete”. “Tomorrow Never Knows” sounds still contemporary and extraordinary and states the open-mindedness of the band, of his producer and of the era. You can listen either listen to the whole track or only to the tape loops or do your own “remix”.

The album “Pisces, Aquarius, Capricorn & Jones LTD” is the first record featuring the spacey noises of a Moog synthesizer, programmed by musician Paul Beaver and played by Micky Dolenz of the Monkees. The video is from their widely known comedy TV-Show “The Monkees“. 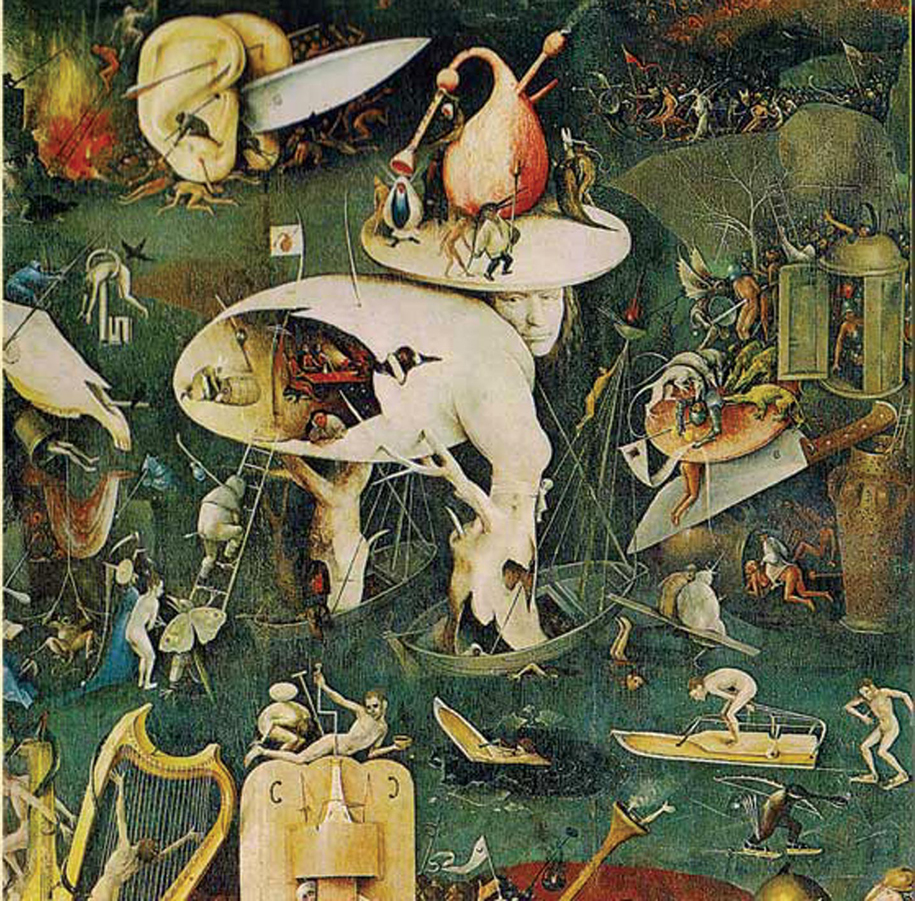 The first album by “Pearls Before Swine” leaves me speechless, it sounds like the fathers of Daniel Johnston and Will Oldham met with the TV personalities to jam, take mushrooms and play weird folk music in the woods dancing around a way too big campfire. I’m not really sure which instruments they were using on the strangely compelling track I chose, “(Oh dear) Miss Morse”, but Roger Crissinger is credited to have played Organ, Harpsichord and Clavioline on the record.

Pierre Henry is one of the important pioneers in electronic music, he invented together with Pierre Schäfer a new form of music, “Musique Concrete”, with the piece “Pour un homme seul” in 1950 and is called the father of Techno Music. In “Pour le temps présent” from 1967 he experimented with rock and pop music the first time, the most known track from this album is “Psyché Rock“, that you might know in a newer version from the opening title of the animation series “Futurama” (produced by Fatboy Slim). I chose the track ” Jericho Jerk” from the same album for our mixtape to avoid the more obvious choice “Psyché Rock”.

It’s hard not to talk about Pink Floyd and Syd Barrett when it comes to psychedelic music. And “Astronomy domine” is still an amazing track that anticipates the experimental psychedelic space rock they continued on “Ummagumma” and later records. This amusing video shows the clash of generations and cultures in 1967 quite impressively.

I discovered very late that the Rolling Stones made a psychedelic record: “Their Satanic Majesties Request” from 1967. Never been a fan myself I liked this album a lot and the best thing is that it doesn’t sound like a typical Stones album. The band produced the album by themselves because they were too busy taking drugs, partying and caring about their groupies to show up in the studio to finish the album, so their producer left annoyed. Jagger wrote the lyrics to “2000 Light Years From Home” in prison after being convicted for drug charges. The band still found the time to experiment with theremins, synthesisers (Harpsichord and Mellotron) and short wave radio static, all played by the session musician Nicky Hopkins.

The music of Rotary Connection influenced a lot of musicians and was later sampled by Hip-Hop artists like A Tribe Called Quest, Fugees, DJ Shadow, Eric B and Rakim and even Jay-Z. It’s hard to find information on which instruments were used exactly on this record and especially this track, I would guess it’s either a Moog, a Theremin or a Harpsichord.